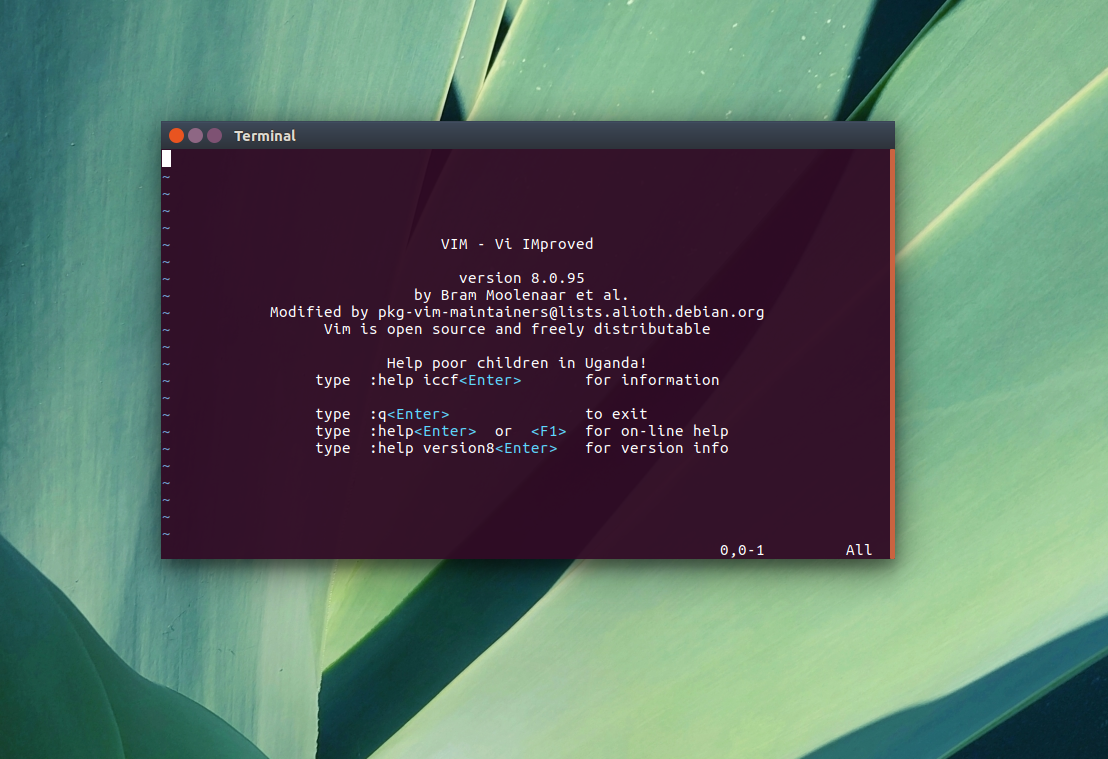 Vim is a highly configurable text editor built to make creating and changing any kind of text very efficient. It is included as "vi" with most UNIX systems and with Apple OS X. Vim is rock stable and is continuously being developed to become even better. Among its features are: persistent, multi-level undo tree, extensive plugin system, support for hundreds of programming languages and file formats, powerful search and replace, integrates with many tools.

Vim is designed for Amiga fans

Vim is a clone of Bill Joy’s vi text editor program for Unix. It was written by Bram Moolenaar based on source for a port of the Stevie editor to the Amiga and first released publicly in 1991. Vim is designed for use both from a command-line interface and as a standalone application in a graphical user interface. Vim is free and open source software and is released under a license that includes some charityware clauses, encouraging users who enjoy the software to consider donating to children in Uganda. The license is compatible with the GNU General Public License.

Using Vim can be a powerful help. Using it has let me move more effectively through the process of writing and editing code. But getting to where I am now was frustrating. Vim resources are scattered across the web, and contain a lot of different advice. It’s tough to figure out how to make Vim work for you.

What is data science?

Data science is a broad field that's expanding rapidly across many industries. Here's what you need to know about it.
https://red.ht/360DtPH #opensource via https://twitter.com/opensourceway