Pidora has a slightly different look and feel than Raspbian, it comes with a handful of different software and it’s a wonderful Fedora based alternative because the Fedora ARM version only runs on the Raspberry Pi 2 (ARMv7).

You can download Pidora and take a look at the Pidora Wiki to configure your system on the Raspberry Pi device. You can also use NOOBS that has Pidora on board ready to be installed on your Pi. Sadly, Pidora distribution isn’t actively maintained at the moment. The latest version is based on Fedora 20, which support ended already in June 2015, but the systemis fully working, stable and the repositories are active and maintained.

The amazing world of the Raspberri Pi

I did a small torrent server machine with my Raspberry Pi (first model, B type) and with Pidora distribution. Put on it Transmission Server and run his daemon to have a headless server with web interface.

Install the transmission daemon, so will allow the software to run as a system service:

Save the settings and enable the service to get it running:

In my case (I used a static IP for my Pi), I can connect with: 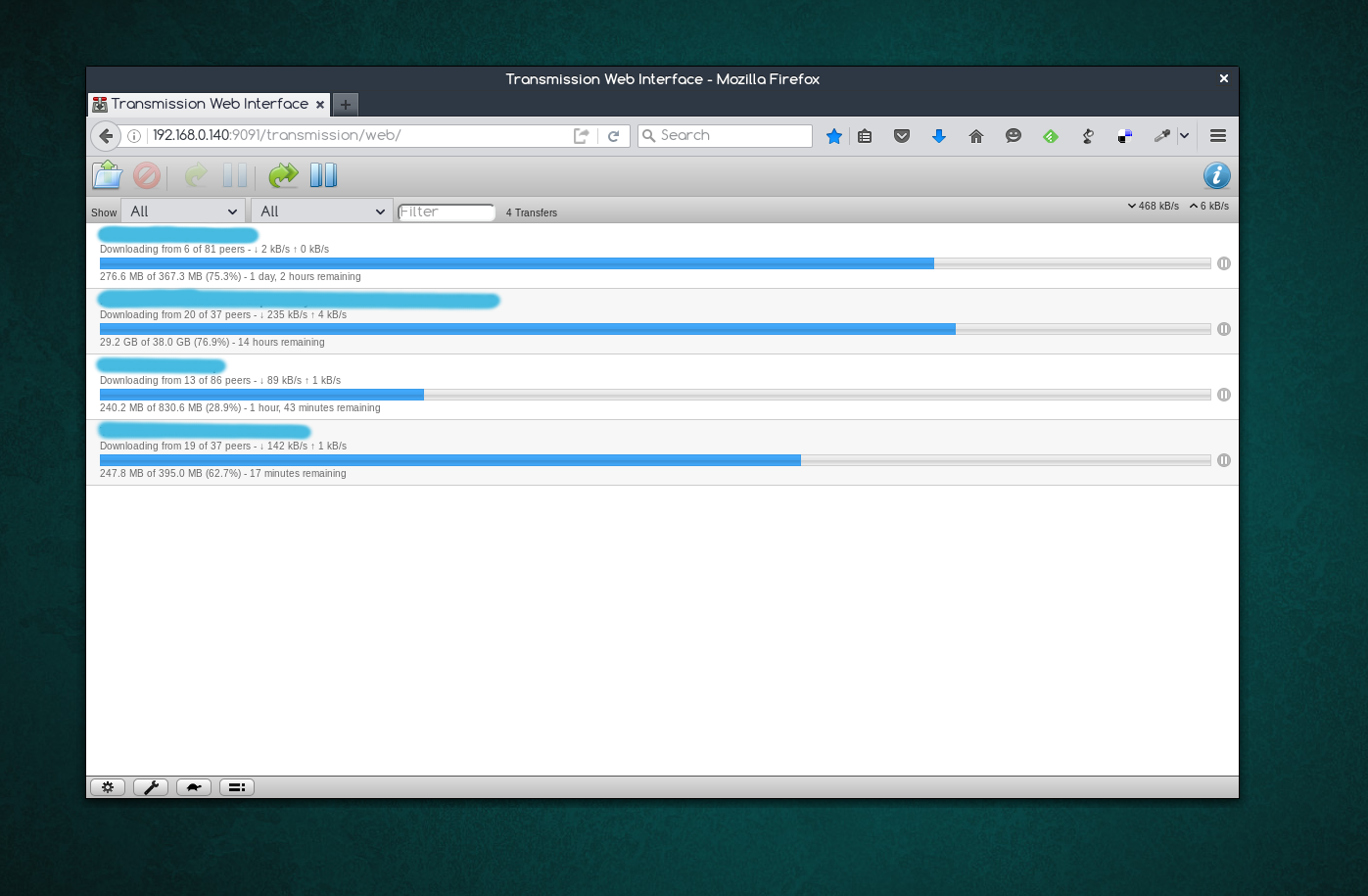 All works fine and it’s amazing because I can finally turn off my PC and leave the tiny Raspberry Pi downloading Torrent with no noises and without high electricity consumption. And I can also access to it from all my devices such as smartphones, tablet and laptop, just put that address in a browser.

I googled a lot but it seems a unsolved issue, but I also found a geek with the same problem with Raspbian. Ok, it’s a Debian distribution, but he solved the issue!!!

I followed his instructions and I changed something to make it working on Fedora. Ehm… Pidora.

So, take a look at the solution.

First, make a folder for scripts:

Then edit our script:

And put this inside it. Be sure to change cialu with your home folder name.

Make the script executable with: chmod +x ~/bin/network-monitor.sh
Open ~/.bashrc and add this line to the end:

The shell normally reads ~/.bashrc when you log in, but we can tell it to parse it now using this command to that the changes take effect:

Last, but not least, set crontab to run the script every 5 minutes.

And put this line at the end of the file:

That’s all and the Pi now is fully working 24/7.
No more stops by ethernet connection drop.