A lot of chains

An old MacBook Pro is an amazing machine but too obsolete for its own operative system and also too costricted by the infinite chains of mother Apple. So, just a bit of patience and one Linux distro… and bang!

I like to make experiments with hardware and software, to customize and to tweak many aspects of Linux. Many distributions, infinite power, incredible responsability. For a MacBook Pro, you can try the distro you want, but if you plan to use it for work, I suggest you to use a Ubuntu flavor (Unity, Gnome, Xfce or Kde) or a Fedora one (the same desktop environment, a part from Unity!). 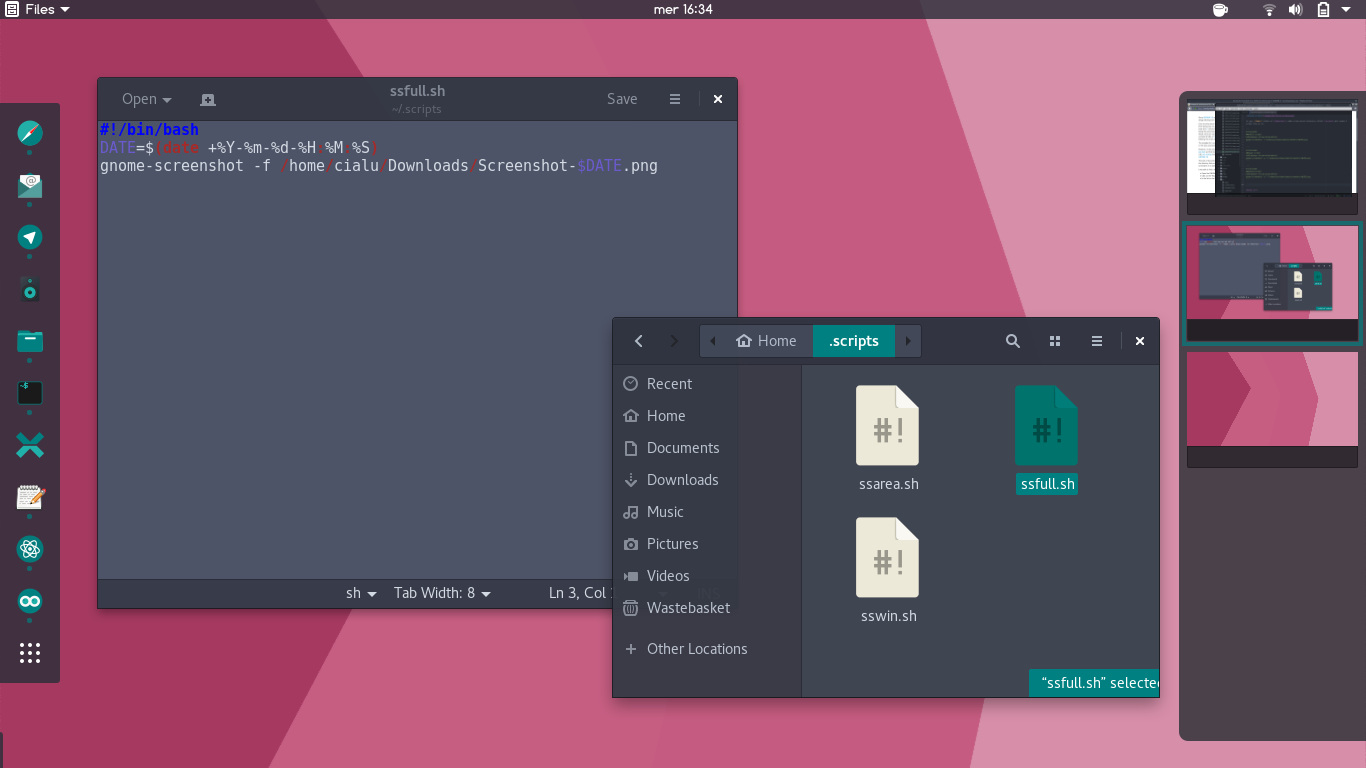 Here, I’m talking to you about my Ubuntu (because Ubuntu has some issues on my config instead of Fedora that is more easy to install and works out of the box) experience on a MacBook Pro 8.2 with the dvd drive removed and a fast ssd inside. First of all, download and burn Ubuntu on a USB key with the Ubuntu Disk Creator, put it in one USB port of the MacBook Pro and turn on the Mac with the ‘option key’ pressed. Boot, but not work and you can see only a black screen. So, restart the machine and on the GRUB screen press the ‘e’ key to edit the grub entry.

Before quite splash add the string nomodeset, so you can load the Ubuntu live and you are able to install Ubuntu on the hard disk.

My machine has HDD + SSD configuration, with HDD like first drive (=boot here!) so I make a little configuration of Linux partition. First, I have erased all (no more Mac OS X on this machine) both on SSD and HDD. Then, I put the / folder on the SSD (I used all the capacity, 256gb) and /home, /swap and /tmp on the HDD.

Also, you must set the HDD to Boot Partition Drive. This is very important, because in my case if you set the boot partition on the SSD the system doesn’t work.

At the end of the installation process, reboot, estract the USB key and some magic happens! Not work!

Press F10 to boot with the new configuration GRUB file and now you’ll arrive to Ubuntu password screen. (To make the definitive that and to Disable AMD graphics card permanently, take a look at the Ubuntu Forums for the complete workaround).

So, finally, I have installed Ubuntu 15.04 on a MacBook Pro 8,2 with a proper EFI single boot. All works like a charm and the boot process is really fast.

I’m really satisfied, but I have one big issue: I can use Ubuntu only with the Intel integrated graphics card and with the AMD discrete graphics card turned off. No matters, I play videogames on the XBox One so I don’t need super powerful graphics. Apple has connected only the AMD card to the external monitor port, so to use an external monitor I need to make the hybrid graphics works.

I have added a second choice to GRUB menu. It’s intended to boot only with discrete graphics card. I have removed the outb 0x… list and I have added the kernel options i915.modeset=0 radeon.modeset=1, but the result is the same: only a black screen. I have installed the AMD Catalyst driver but I’m unable to config it because the card is turned off. If I boot without the grub trick, I have a black screen result. If I boot with nomodeset in grub, I have a black screen result too. I made my question on AskUbuntu and I’m waiting for the right answer. For now, I’m satisfied, but I need more… I want all working!

Is your old computer 'obsolete', or is it a Linux opportunity? by @philshapiro

Too often older computers are labeled 'obsolete'. Linux changes that. Refurbish an old computer and make it useful again for someone who needs it.
https://red.ht/3ya6Rhj #L… https://twitter.com/opensourceway