To do the Test Day: Better Switchable Graphics Support for Fedora, I have updated one Fedora 24 machine to a freshly F25 build. All the process through some DNF commands went fine, the system boot and the new distro works really well out of the box.

Just, one big issue with my old MacBook Pro 8,2.

The wi-fi adapter (a Broadcom card) not works.

I remember that I did the same process on F24, F23 and more… because the Broadcom wireless adapter has only proprietary drivers. 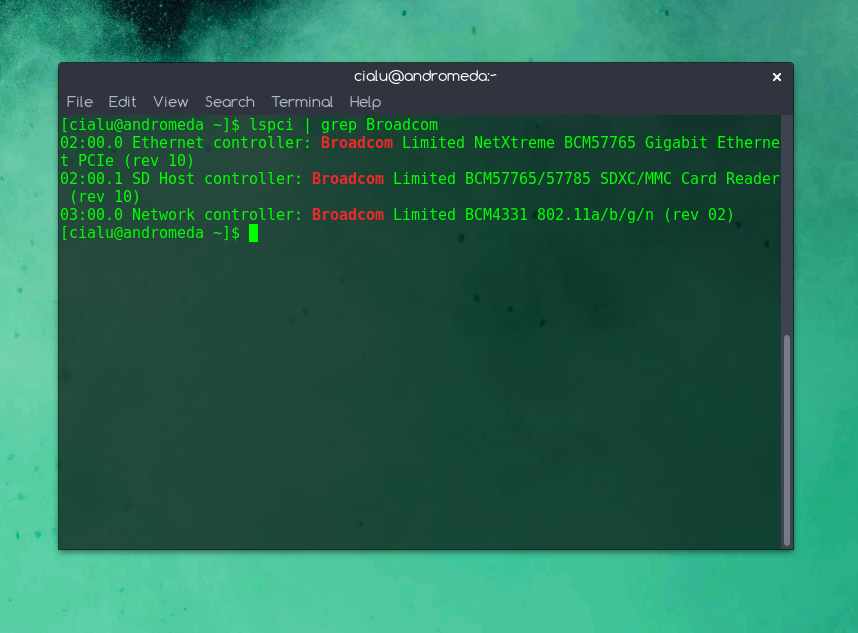 The current kernel of Fedora 25 has no support for Broadcom drivers, so not supports the MacBook Pro wi-fi chip. Proprietary Broadcom drivers are packaged and available in the RPMfusion repositories.

So, first of all we need to make the RPMfusion repositories available on our system. You can go on RPMfusion official site and follow the instructions to do that.

After, install some packages:

Then, rebuild the kernel extensions:

That’s all. Enjoy it!